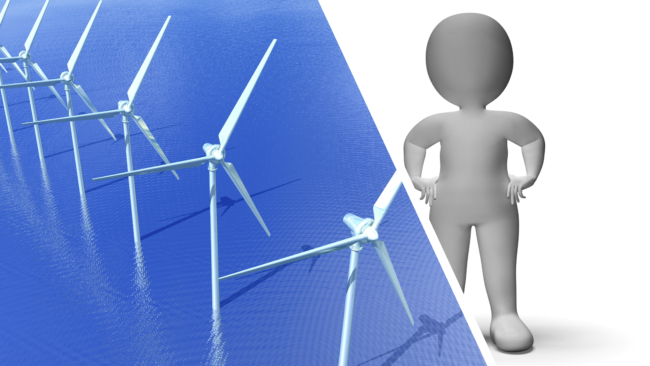 In a recent online discussion, this pundit put forth the thought that fiberglass wind turbine blades can pose an environmental problem when decommissioned.  This position was quickly challenged with the rebuttal that burning coal ‘kills’ kids so it did not matter if discarded blades litter the countryside as it is worth it.

According to research quoted by the European Wind Energy Association, “With wind turbine blades likely to account for some 50,000 tons of waste annually by 2020, growing 4 times by 2034 the landfill is not a viable long-term solution.”  Moreover, “Findings from the University of Strathclyde indicate a global increase of wind turbine blade waste from around 400,000 tons per annum in 2030 to around two million tons by 2050.”

My rebuttal to the kills kids argument–what will this do to global population health?  Keep in mind, this is only one source of industrial (and consumer, i.e., EV automobiles) decommissioned assets.

“Glass-reinforced polymer composites (GRP), used in wind turbine blades around the world, is recognized as a hard-to-break-down source of pollution.”  Research is underway to address this problem and mostly likely progress will continue going forward.

“Currently only a few recycling techniques are available to treat such an enormous quantity.  So most have been landfilled and many continue to be buried today.”  Other current options include:

Really?  How is this saving the planet?

Clearly, these alternative disposal processes have a financial cost greater than simply burying the blades.  If not, they would be used more frequently.

Future generations will have to address this issue much like the current one continues to deal with asbestos from the past.  The KIDS will end up dealing with and paying for the folly of their parents and grandparents.

As noted, there is a romanticism about renewable energy sources, most commonly wind and solar.  However, we believe in the ‘no free lunch’ model.  There are risks and cost associated with every form of energy.

In two recent editions, Heavy Metal Rocks and Going Green? Or NOT! we took an initial look at the financial cost over the renewable lifecycle as well the environmental impact that will need to be addressed.  The edition is a continuation of the premise that, “Technology Romance must be met with Fiscal Realities.”

Society will eventually recognize the environmental damage done by solar and wind energy systems can be very high.  By then, the harm may have been done.

As an example, many oil and gas assets are approaching end of life.  The decommission costs are very high and increasingly regulations are changing to hold asset owners accountable for these costs.  Generally, accountants refer to these as Reserves.

Shouldn’t renewable asset holders be required to set aside reserves to cover the disposal of assets as well?

For capital assets with significant planning, development, manufacture, deployment, operations & maintenance and finally decommissioning costs there is another dimension.  The Asset Maturity Model was developed to assist management understand how to best maximize asset performance over decades, in some cases.  This model is integrated into an economic value model which we be discussed herein.  There are also a number of tools and standards available to assist management, such as ISO 55001–Asset Management.

Blaming a mismatch (alignment) between governments policies and current markets, the risk is not only that net zero targets will not be met but the supply chain is contracting.  Moreover, one study suggests that for the US net-zero policies will cost more than 12% of our Gross Domestic Product (GDP) in 2050.  To put this in perspective, today Social Security cost 5% of GDP and Medicare/Medicaid 6.4 percent–11.4% combined.

The ‘lack of alignment‘ is a major determent to successful organizations.  In our recent blog, ESG Explained we discussed the role organization and its ecosystem governance at length.  Building on our 2011  monograph, Asset/Equipment Integrity Governance: Operations–Enterprise Alignment; A Case for Board Oversight (AEIG) we developed the case for Operational Excellence as part of ESG.  Energy and supply chain management are key components of this enterprise approach.

TCO is a function of the acquisition cost, including all engineering, design, deployment, installation etc. as well as ALL costs associated with its lifecycle OPEX, including decommissioning, abandonment, and environment remediation.  It is all encompassing.  It is the long-standing metric that all projects must understand and model accordingly before a Capital Expenditure (CAPEX) is authorized.

The following list are documented per citation links.  These are taken from a recent article challenging the Return on Investment (ROI) of current green initiatives.

Readers will note that some are social costs, i.e., transition costs to new energy sources currently provide minuscule contributions to the Energy Basket.  These costs will grow dramatically going forward.

These are significant tangible and intangible costs.  In this writer’s opinion, the business case has not been made for these and other total cost line items.  A more extensive study should be considered by readers who want to do a deep dive on these economics.

Keep in mind, that these broader issues do not take into consideration regarding daily operations and maintenance.  These must be factored in as well.

Finally, while these are ‘opinions’ from reputable sources, why are they not considered the economic models used today?  Seems like Data Bias, doesn’t it.

Beginning in 2004, recognizing many of the TCO components as well as the economic value potential from a CAPEX, we developed what came to be known as our Economic Value Proposition Matrix model (EVPM).  This model is now mature, robust as well as integrating a Risk Matrix.

It is an excellent tool for assessing both Tangible and Intangible components of value and cost.  Additionally, a free version is available and it is fully supported with training as well as other materials (including a video).

Importantly, EVPM “Translates technology into the Language of Business” which make it an excellent tool for preparing to meet with the Chief Financial Officer (CFO) and/or Budget Committee.  Management makes decisions as a function of the risk associated economic value brought to the organization.  While technology has a level of romance to it, financial issues are the major decision making driver.

It is useful to look past the hype to see what the US energy basket actually looks like.   Slightly over three percent comes from wind and only 1.3 % is solar.  Fossil fuels (petroleum natural gas and coal) represent 79% of our current energy consumption.  In the opinion of this writer these disparities have been basically the same for decades.

China and India burn 14 million tons of coal per day!  By all accounts, coal will play a major role in power production in these economies for some time to come.  As a function of the global percentage of coal used; China over 50%, India over 11% and the United States at approximately 8.5%.  Moreover, an assessment of its use by 130 countries is available to interested readers.

The debate about ‘Clean Coal‘ continues.  None-the-Less, most likely coal will continue to be used for decades.  Keep in mind that 2050 is less than 28 year away.

While regulation plays a role in the energy mix, economics are the fundamental driver.  Until the economics of non fossil fuels change, the basket will most likely not.

The Lone Ranger is Missing

Listening to some, it seems that all we have to do is focus on the Energy Transformation and in only a few short years magic will happen.  Hate to tell everyone, there is no Silver Bullet.  Transformation will take decades and should be led by those driven by market forces.

One example, on April 29, 2022 the Texas Department of Transportation (TxDot) announced the two year closure of a major highway artery in the Houston metropolitan area to replace a concrete ramp.  Point being, road construction is well understood and a major proven technology and process.  Still, it will take a significant amount of time to perform this upgrade.

How can we assume a major Energy Transformation using new technologies will unfold as optimistic parties suggest?  History suggests this is not likely.

This long time energy careerist believes that various energy sources from the basket should be used as economically appropriate.  While we all have an interest in a low pollution environment, if the economics as shown in this piece are close to correct, the resulting economic damage may be greater than a somewhat warmer planet.

The data presented herein are documented.  The sources and quality of the data can be challenged but it should not be ignored.

Finally, this piece has focused primarily on wind energy.  A similar analysis needs to be taken for every energy source including fossil fuels of all kinds.

The demand for energy will continue to grow and even exponentially.  Clean fossil fuels are available and without strong energy balanced policies the future is bleak for many and not just because of climate change by the significantly higher cost of living and loss of opportunities due to energy starvation.

The energy challenges are complex and dynamic.  This blog is not a comprehensive review, but simply a focus on a narrow aspect.  For example, we did not delve into issues such as Carbon Capture & Sequestration.  A calm, rational, economics discussion is in order.

What does Energy Transition mean to you and how will you help the Less Fortunate be better off?