The Power of Synergies 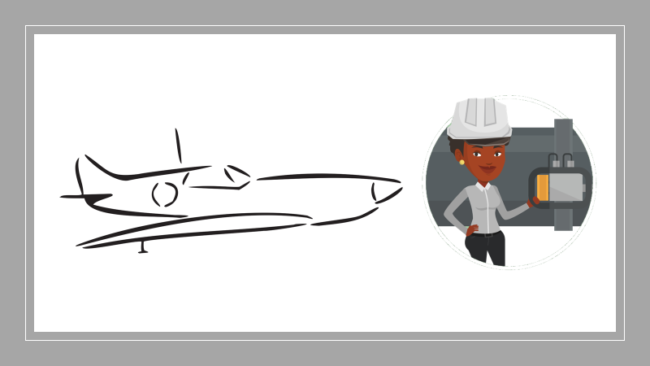 An oil and gas industry group, the U.S. Energy Workforce & Technology Council recently released a survey which stated, “companies with a higher percentage of women in executive positions have a 34 percent higher total return to shareholders than those that do not and companies with ethnic diversity on their executive team are 25 percent more likely to have above-average profitability and 27 percent likelihood of outperforming peers in value creation.”  This is a powerful statement!

Frankly, this should come as a surprise to No One.

On the Shoulders of Giants

While not the first time, a well known diversity/inclusion synergy occurred during World War II on the American side.  The Tuskegee Airmen were a group of fighter pilots largely composed of Black men whose mission was to protect bombers (most manned by White men) whose mission was to help defeat Nazi Germany.  According to the US National Park Service, “The airmen flew over 180 combat sorties (missions) without losing a single bomber.”  While many held their prejudices, one cannot deny the success of the “Red Tails” which led to some minds being changed.

In another high impact case, Vivien Thomas an African American medical lab assistant to a white physician, was instrumental in the pioneering work at the dawn of cardiac surgery.  Together, they developed a procedure to save infants with the Blue Baby Syndrome.  Mr. Thomas is credited as playing a pivotal role in this and other surgical processes.  Likewise, this history has been made into a movie, ‘Like Something the Lord Made.”

Such a list would be remise if it did not include the women of Hidden Figures.  In an era of segregation (ethnic and sex), these Black women were entrusted with the human ‘computing’ of the complex mathematics necessary at the beginning of the United States (NASA) efforts to launch astronauts into space, ultimately the moon as well as the Space Shuttle.  One can surmise that President Kennedy’s commitment to get to the moon by the end of the decade could not have been met without this team.  Watching the movie, Hidden Figures is worth your time.

There are many other case studies where a diverse group of people have worked together and significantly contributed to the advancement of human kind.  There is no reason to believe this will not continue.

Post Enron and other corporate malignancies, the question of good corporate governance needed to be addressed.  One approach was The Sarbanes Oxley Act of 2002.  Largely, this act spoke to financial management and reporting.

However, another phenomenon was noticed that same year.  “McKinsey & Company in conjunction with the Global Corporate Governance Forum conducted a study and found that over 75% of over 200 fund managers would value a stock at a higher price point if the company could demonstrate it had strong governance in place.  Moreover, the study also revealed that for western markets, firms with strong shareholder rights averaged 12-14% higher stock prices.”  This 20 year old study is a powerful statement as well.

We discuss this point in more detail in our June 21, 2022 blog, Why Corporate Initiatives Fail.  Interested parties are invited to review that material for more details regarding governance models and similar issues such as ESG.

Cambridge Dictionary defines synergy as, “the combined power of a group of things when they are working together that is greater than the total power achieved by each working separately.”  This definition says it all!

Individuals such as the Tuskegee Airmen and Hidden Figures ‘flew’ the way for today’s successful team synergies.  Not just the energy sector but all sectors are benefiting greatly from the work of pioneers and can enjoy the financial and social results of diverse teams.

There is clear evidence that well run and governed organizations add higher value to their stakeholders.  These organizations take advantage of all the talents at their disposal.  Therefore, as my math professor used to say, ‘it follows that synergic firms are leaders in their sectors.’

How is Your Organization Capitalizing on the Power of Synergies?