Home » They Blinded Me with Science

They Blinded Me with Science 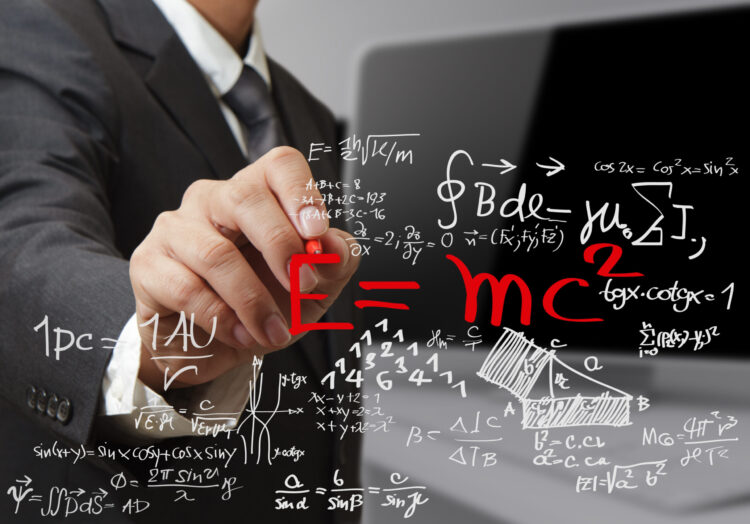 Thoughts from a Scientist

Full Disclosure: this author holds an undergraduate degree in Physics with a minor in Mathematics.  My doctoral dissertation developed a new Game Theory based practical solution.  For those unfamiliar with this discipline, check out the movie Beautiful Mind or the work of John von Neumann who is also the father of the modern computing architecture.  Our approach is based on these integrated disciplines.

Belief in ‘The Science’

The multiple disciplines often called ‘Science’ incorporate a wide set of specialties.  At the fundamental level all life depends on science.  Gravity, medicine, chemistry, electronics, are all dependent on basic scientific understanding.  If it was not so, our iPhones would not work.

The phrase, “Everything that can be invented has been invented” Charles H. Duell Commissioner of US patent office (perhaps jokingly) supposedly said in 1899.  Needless to say, ‘The Science’ continues to evolve.

When treated as fait accompli, (Settled Science) pundits pronouncing The Science says “. . .,” do their audience a disservice.  Since human first started discovering their world and its place in the universe science has been an ongoing process.  Those interested in additional details should check out the Timeline of Scientific Discoveries.  A very compelling read.

A final point, science is usually the subject of often great debate—sometimes for decades or more.  In this sense, there is no such thing as settled science—there is always something new to discover in any field.

Lies, darn lies and statistics is a phase often heard.  Its meaning?  The use of numbers can be very persuasive bolstering diametrically opposed positions or academic arguments.  This is one way to look at the differences between science and pseudo-science.

These two terms are often confused or deliberately conflated in support of positions based on ‘The Science.’  Caveat Usor or ‘let the user (of information) beware’ of the agenda and/or purpose of its purveyor.

Covid-19 has presented some interesting challenges.  From the public discourse, one can assume both science and pseudo-science are at work.  A vigorous dialogue is ongoing at all levels of society from the political and medical classes to the so-called man (or woman) on the street.

The public is not used to seeing such open scientific debate by knowledgeable (scientists) parties and it often appears they are in total disagreement about various aspects of the pathogen.  In this, they are correct as they are seeing the so-called ‘sausage making’ of this discipline.

Likewise, a wide variety of agendas seem to be driving the use of pseudo-science to support positions and action plans.  This seeming chaos, especially in a US presidential election cycle has cast a long shadow of Fear, Uncertainty and Doubt (FUD).

Data integrity, statistical models and medicine have all been called into question this year.  Beyond this pandemic, we are all now faced with the politicization of ‘The Science.’

Guidelines in the Era of Hyper-Technology

Approximately twenty years ago, the chemical company Dupont changed its long standing tag line from “Better Living Through Chemistry” to “The Miracles of Science.”  This suggests that everyone living today has seen science at the forefront of our existence.

Technology, the delivery mechanism of science to consumers has expanded at an exponential rate and is seeming driving even faster.  Therefore, a hypothesis from the Scientific Method is that ‘we consumers are knowledgeable buyers.’

So, why not use the Scientific Method yourself?  Here is one approach:

This need not be an arduous task.  In fact, much of it you’re doing already when you make a decision to procure technology devices.

Think about what you hear pundits arguing about using this approach.  You will likely arrive at your personal conclusion that you are either hearing about science or pseudo-science.

Either answer may be fine, but now you will know more about what you are consuming.  This is an important distinction.

How Can You Assure Yourself That You Are Not Blinded by Science?