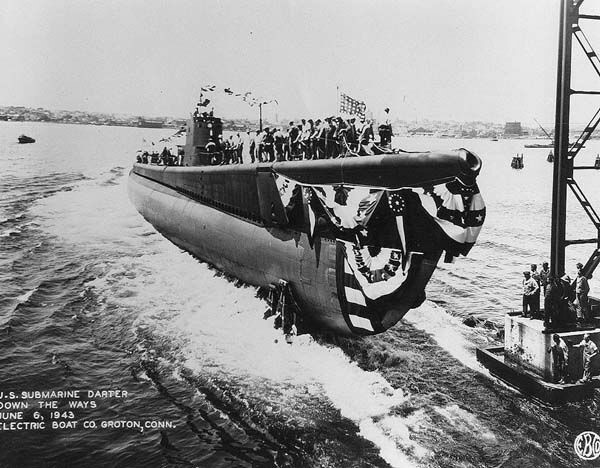 The battle of Leyte Gulf in 1944 with over 200,000 individuals involved is possibly the largest naval battle in history.  Hopefully, one of the last ones.

In that battle, the submarine USS Darter initially detected (on radar) the Japanese task force early on October 23.  Other US naval vessels spotted that armada shortly thereafter on their radar screens.  This advanced knowledge enabled to US Navy to seize the initiative.  After the battle, the Japanese never stood up an equivalent naval force again.

Technological advantage can be a game changer.  There is evidence of this phenomenon throughout history.  In this instance, the result was the elimination of the adversary’s ability to recover and reengage in a meaningful way.

Another game changer from that era was the proximity fuse developed by the Applied Physics Laboratory of Johns Hopkins University.  This technology enabled anti-aircraft rounds to explode within 75 feet of an attacking enemy aircraft instead of requiring physical contact which had a poor track record.  Referred to as, “The real secret weapon of World War II,” it is credited with shorting the war.

Adversity has always led to rapid technological development.  There are indications that the Covid-19 pandemic is fueling an explosion of new ideas that directly address the infection as well as drive performance when the threat has passed.

The conventional approach is to follow the Technology Adoption Life Cycle.  But is that still the realistic model today?  In our article published in 2004 Calculus of Value Model, we argue that the exact opposite is true.

Advantage can go to those organizations that deploy technology early and codify knowledge obtained as a result.  The resulting ‘unfair advantage’ can change an industry.

Previously we have made the case that while the concept of Minimum Viable Product aka MVP; a product that Early Adopters will find satisfactory, “The assessment of such technological solutions needs to be robust and thought through.  Not the knee jerk response often seen.”  Meaning that certain risks must be factored in the Value Proposition, but these can be manageable.

According to Oracle’s Larry Ellison, “If you do everything that everyone else does in business, you’re going to lose.  The only way to really be ahead, is to ‘be different’.”  So Be Different—Start Early!

How Can You Make New Technologies Your Organizational Game Changer?

We are presenting, Should Cross Cultural Serious Games Be Included in Your Diversity Program: Best Practices and Lessons Learned at the Online Conference, New Diversity Summit 2020 the week of September 14, 2020.  Check Out this timely event!!